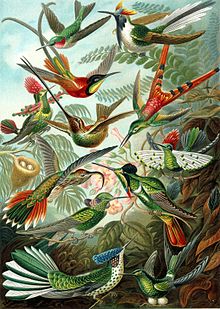 Pandemic or no pandemic, Hummingbirds are taking flight and I’m beyond thrilled to see them again. They are one of the most beloved species in the animal kingdom and certainly one of my absolute favorites. What’s not to like about them? Most species of hummingbirds provide us with magnificent colors, particularly when the light hits them, because of the prism style cells that are in the top layer of the feathers. The wavelengths that split when the light reflects off of them are what gives us shiny colors one moment and softened colors the next. Fun fact: once they get used to being around you, they’re no longer afraid. So, they won’t be afraid to approach you even when your crazy uncle is wearing that horrible Hawaiian shirt. They might even get close enough to check if there is any nectar in those printed flowers.

Hummingbirds are the smallest, most colorful, and intelligent birds in the animal kingdom. They have been part of our culture for centuries. The Aztecs have noted them in their talisman, and they were beloved and admired for their energy. Warriors believed that if they were true to battle but lost their lives, they would come back as a hummingbird. One could only hope to come back as this stunning creature!

In the Spring, the annual hummingbird migration to their summer destination begins! These gorgeous birds travel from their winter homes in South or Central America and Mexico, towards the refreshing breezes in the north. Hummingbirds use a tremendous amount of energy during their migration journey. You might think that the human race or other animal species would be some of their biggest threats, but in all actuality, weather conditions and global warming are at the top of the list. These conditions alter their migration by affecting the time when flowers will bloom and the supply of nectar is available.

Although there are differing views in the birding community as to what triggers the start of migration, it is generally thought that hummingbirds sense changes in daylight duration, as well as changes in the abundance of flowers, nectar, and insects. Instinct also plays a vital role in that decision.

Hummingbirds fly by day when nectar sources are more abundant. Flying low allows the birds to see and stop at food supplies along the way. They’re experts at using tail winds to help reach their destination faster, by consuming less energy and body fat. Strong cold fronts moving south over the Gulf of Mexico can make flying more difficult, as the birds deal with headwinds and heavy rain over long distances with no shelter. Food is also non-existent over the open waters. Research indicates a hummingbird can travel as much as 23 miles in one day. That’s incredible for something so small.

To remove the water from their heads, they shake their heads and bodies, similar to a dog shaking, to shed water. Further, when raindrops collectively may weigh as much as 38% of the bird’s body weight, hummingbirds shift their bodies and tails horizontally, beat their wings faster, and reduce their wings’ angle of motion when flying in heavy rain.

During migration, a hummingbird’s heart beats up to 1,260 times a minute, and its wings flap 15 to 80 times a second. To support this high energy level, a hummingbird will typically gain 25-40% of their body weight before they start migration, in order to be able to make the long trek over land and water. They fly alone, often on the same path they have flown earlier in their life. The young hummingbirds must navigate without parental guidance and the first arrivals in spring are usually males. Some don’t migrate at all, such as areas in California and the upper Pacific coast.

By August and September, hummingbirds are moving south, refueling their bodies in the early morning, traveling midday, and foraging again in the late afternoon to maintain their body weight, and once again, beginning their journey to migrate.

HELLO, MY NAME IS KRYSTAL AND I'M A LIFESTYLE BLOGGER. “A lifestyle blogger writes, creates, and publishes (multi)media content on various aspects of their daily lives.” My page will focus on a broad variety of content centered around and inspired by life, home, travel, beauty, food, nature, fashion, music, world gossip, as well as current trends and other fun topics. I hope you enjoy!!! View All Posts 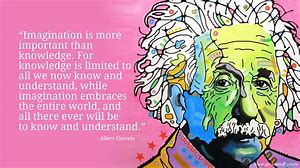